Massive thank you to Motif Magazine for the stellar review of my latest album Don’t Wake Me Up. I’m a huge fan of the magazine and am so stoked that they took the time to listen and review it. I pick up a copy anytime I see it when I’m out and about. I love their writing, their style, and the topics they cover. I’m honored to have been reviewed by such a cool, respected publication here in Rhode Island!

A big thank you to Rock Fueguino for reviewing my song Circus Freak! These guys put out really cool playlists and collections of music. I highly recommend checking them out.

“Groovy and freaky, with a bumblebee sounding riff and a very organic garage sound, like in a rehearsal room. Good melodies and a fresh dynamic that keeps the attention. “Circus Freak” by Austin Bullock is positioned in a very personal category and leaves you wanting to hear more stuff. An ideal track to start Friday night with friends and a good reserve of beers.”

I got a wonderful review of Doughy by UNXIGNED today! Here’s the review and a link to see it on their blog:

Austin Bullock, a promising DIY musician hailing from Providence, Rhode Island, is in the midst of developing his most ambitious work to date. His latest album, Jubilate, was released last July and is the second release in a trilogy of albums dropped within the year. The third is slated to come out later this fall.

Each of the three albums, according to Bullock, represents the three parts of a balanced, stereotypical American work day: eight hours labor, eight hours recreation, eight hours rest. As Jubilate symbolizes a period of recreation, stand-out tune “Doughy” fits in the tracklist perfectly with its carefree vibe.

The song dabbles in psych-rock while employing a reggae-esque beat that gives the whole thing a “laid-back” kind of feel. The bright guitar fills stand out in the reverb-soaked production, reminiscent of optimistic sunbeams bursting through on a cloudy day.

On “Doughy”, Bullock succeeds at capturing the fluidity and flexibility of life, both lyrically and instrumentally. Pushing against genre boundaries and, symbolically, against the notion that life is rigid and confining. It’s definitely a pick-me-up, to say the least.

Thanks to Alt77 and Soundsphere Magazine for the reviews! Also thanks to to lofiindiebedroompop, Clunk Magazine, Maarten Vansnu, Indie & Folk Radio, Unxigned, and Last Day Deaf for the shout outs and adding me to their playlists. Keep listening and I’ll keep playin! 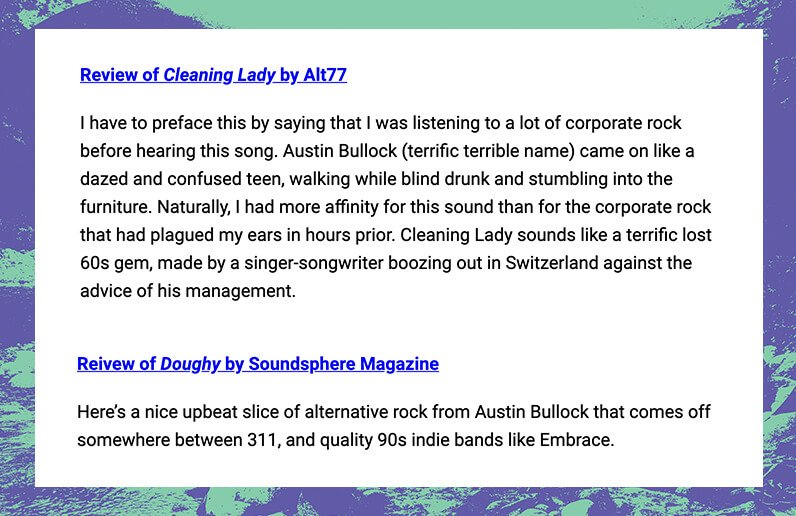 Thanks to Fuzzed Out Radio in Boston for putting me in tonight’s show. It’s on from 6pm-7pm tonight (Monday, 6/1) on 90.3FM or streaming on wzbc.org. Check it out! 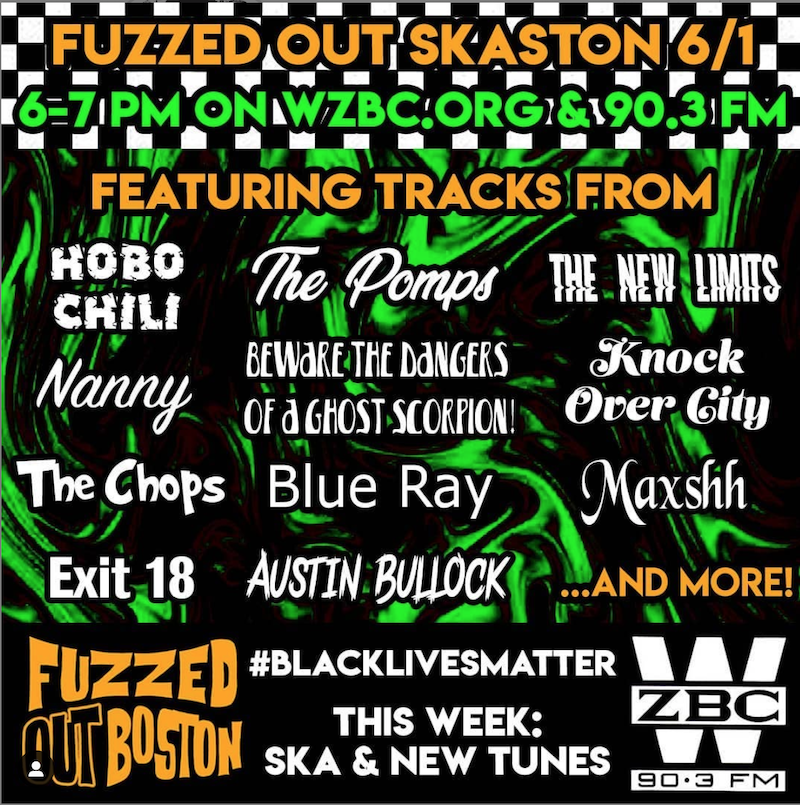 Thanks to all your votes I’ll be up on The Deli Magazine’s website for the month of May!