Part of Me was added to Boston Emissions Songs of the Week! Super happy to be included in the top songs of the week by a big voice in Boston’s indie music scene. 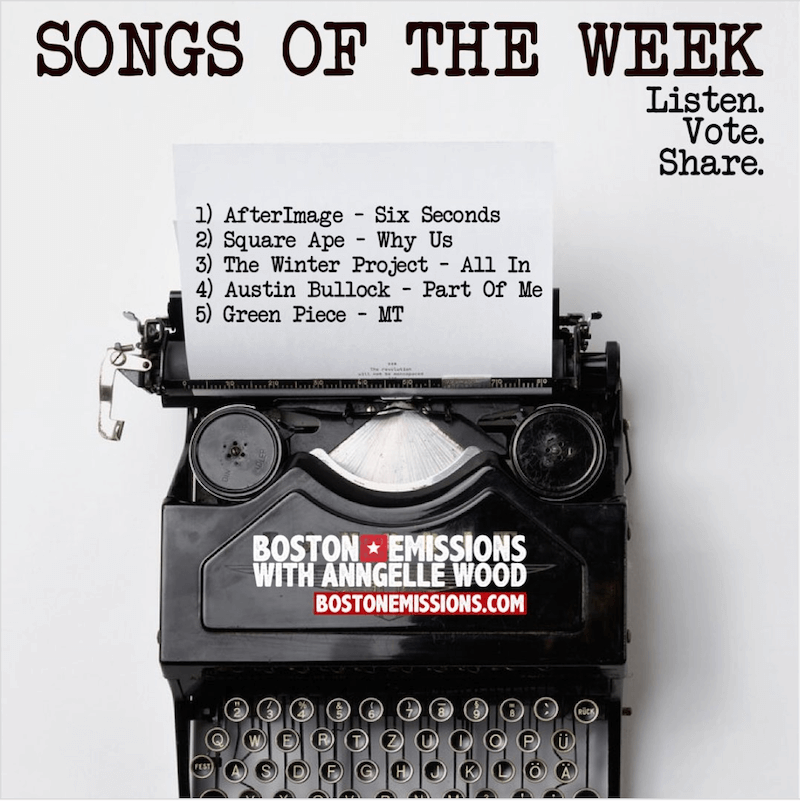 The Deli Magazine was kind enough to do a review of my latest album Wasted 8. So stoked to be mentioned by such a big part of the indie music scene! Give it a read and go check them out because they post a lot of really great shit. Give my album a listen and tell your friends too

Rhode Island may be small, but it is big with talent, and that is evident in artists such as Austin Bullock, who detonates inside your speakers with sick bravado. The Providence resident recently released Wasted 8, an album that pays tribute to garage rock and all its gritty complexities and simplicities. Tracks like “Don’t Be Like That” are easy-going in the verses, featuring cheery acoustic guitar strums that slowly disappear into the distortion that permeates the choruses. “Halo” features a slow-slithering bassline underneath hot vocals and psych-tinged ambiances that anesthetize away worries. “Not for Sale” accelerates into a beautiful mix of ‘70s punk and early ‘00s revival: past meets present and it rocks. The record has fight in it and that we need right now indeed; stream “Not for Sale” below for a trip well worth the time. – Rene Cobar

Wonderful full album review of Wasted 8 by Janglepophub here.They get it. They do cool stuff. Go follow them!

Compared to his previous albums, this is a weird(er) version of Rhode Island based Austin Bullock, but ultimately way more compelling.

The following announcement accompanies the release on Bandcamp:

Wasted 8 is the first of 3 albums being released in 2020. These 3 albums fit the theme of “8 hours labor, 8 hours recreation, 8 hours rest.” Each album has 8 songs, each symbolizing an hour of the day, adding up to 24 total songs to symbolize the 24 hours in a day.

Certainly an ambitious project, the above excerpt succinctly explains the sort of post-apocalytic/restorative sound that typifies the album’s juxtaposition of power-pop / fuzz and post-punk. Perhaps beneath these vague reference point there are two primary stylistics that dominate.

Initially, the hyperkineticism of Sound The Alarm (see below), Interpretation and Halo course isolated, metronomic jangled riffs, behind psychedelia that just about stop short of where the dangerous territory of post rock begins. The tracks are sparse, creating an atmosphere that force deliberation about aural soundscapes that are largely left to the readers interpretation.

If the above tracks often allow post-punk atmospheres to dominate the more melodic psyche inflections, the melodies in tracks such as Don’t Be Like That (see below), Waste Case, Not For Sale allow Bullock’s propensity for heavily fuzzed power-pop to accentuate his ability to step into melodic ear-worm territory.

As always with Bullock, it is the sort of power-pop that will never really get your Auntie and Uncles ‘bopping’ at familiy weddings, but more crucially, the sort that adds the modernity of ‘leftfield’, to a sound that might just about keep the genre alive in these times of perpetual plagiarism.

Multi release projects like this can sometimes implode in a sense of the artist’s own ‘concept’. However, if the remaining two albums can simultaneously stay the right side of bizarre and just the other side of traditional power-pop, then this act is going to be a ‘must follow’ in 2020.

QUARANTINE JAM! I’m working on incorporating this funky keyboard into future performances (with myself on guitar and Lauren on drums of course). Hope ya like it.

Also, here are some new reviews of my latest album Wasted 8 from the past week.

Review of Part of Me by JanglePopHub

Guitar-pop, tinged with psyche and fuzz, whilst always being able to bounce out a tune with pop-rock melodies. Austin Bullock is just about the best new version of yesterday’s sound around right now.

Review of Don’t Be Like That by Velvety (Spanish)

Singer, songwriter, multi-instrumentalist and producer, the American Austin Bullock has been perfecting his DIY rock proposal both on stage and in his home studio since 2018, in addition to being co-founder and guitarist of the band Binge Magick. In 2020 the artist acts as a duo with Lauren Boucher on drums and they have announced three albums over the course of the year. The first of them, Wasted 8 (2020), has just been released with songs as appetizing as Don’t Be Like That, a song that combines country and grunge with a playful lyric, contagious guitar riffs, and a spacey atmosphere. An interesting proposal full of talent…

(Translate from French) We really liked the very DIY sound and the garage band style. The arrangements are efficient and dry, the title comes fairly quickly in mind!

The group promises 3 albums in 2020, let’s hope they manage to produce as much and that these releases will be received with sympathy.

My latest album Wasted 8 is available now. Enjoy it! Thanks for listening. 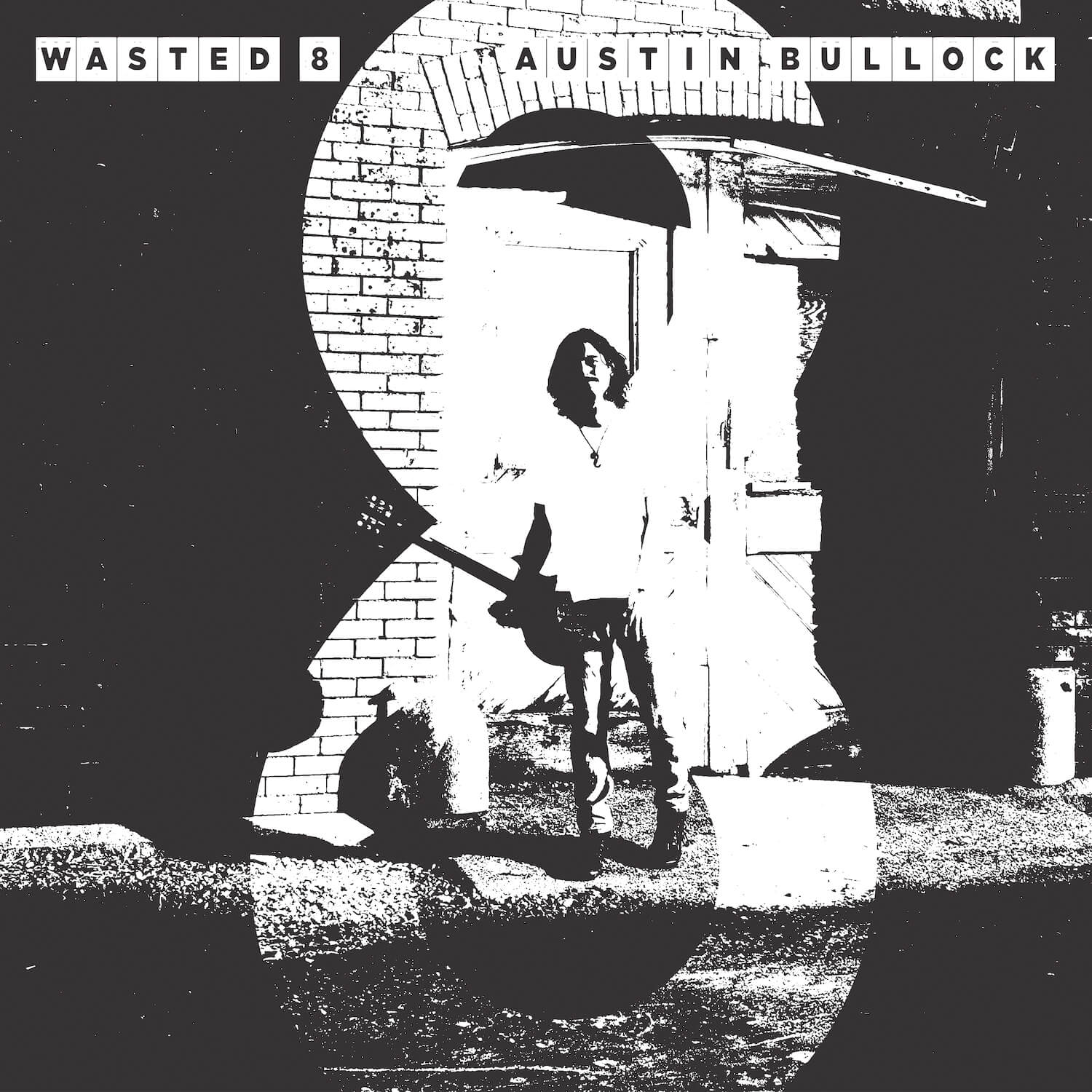 Coming up we got my new album Wasted 8 hitting all streaming services this Friday, March 6 and a show next Monday, March 9 at The Jungle! I hit the stage at 8:45. so you can rock out and get to bed early. Yea! Also, thanks so much to Red Dress Records for giving my new single Part of Me a shout out last week and to The Sonic Blender for playing it on the radio up in Canada on 102.7fm. So happy to spread the sound around.